For no other reason the technical curiosity I’ve become very interested in QR Codes over the past few months.  And that is perhaps the Geekiest statement I have ever written.

It was just a couple of years ago that Quick Response or QR Code first gained popularity while at the same time Microsoft was trying to create a proprietary version called Microsoft Tags. There was some debate in the darkest of geeks basements, typically covered in Star Trek Voyager posters, as to whether Tags or QR Codes would be come the standard way of bridging the physical and virtual worlds. And the technical folks among us started including them in the signature blocks or our email and on our business cards. Presumably because entering the information from the card or email into one’s contact folder was too onerous a task to be done manually. But after this initial flutter of activity Microsoft Tags went by the way side and the use of QR Codes slowed.

But very steadily I noticed the reemergence of QR Codes in new and interesting ways. In fact looking at this 2012 Technology Hype Cycle you can see that QR Codes are now moving from the “Trough of Disillusionment” and entering the “Slope of Enlightenment” 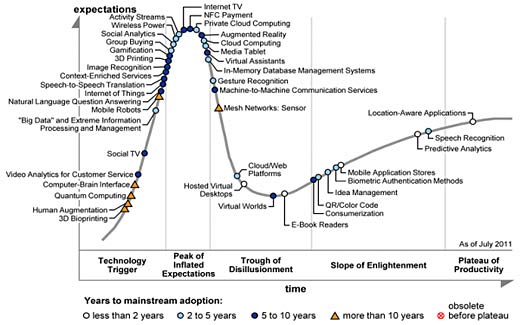 I was in New Jersey waiting for a movie outside of a pet store. This modern version of the old classic had several very cute puppies in the window. To allow passers by to learn more about the animals and their breed the store had posted QR Codes on the outside glass. When you scanned the code with your smart phone it took you to a web page which had information about the puppy including many of the common questions that patrons ask. It was a pretty smart way to leverage the data they had in a way that helped encourage people to learn more about the “product” the store was selling. 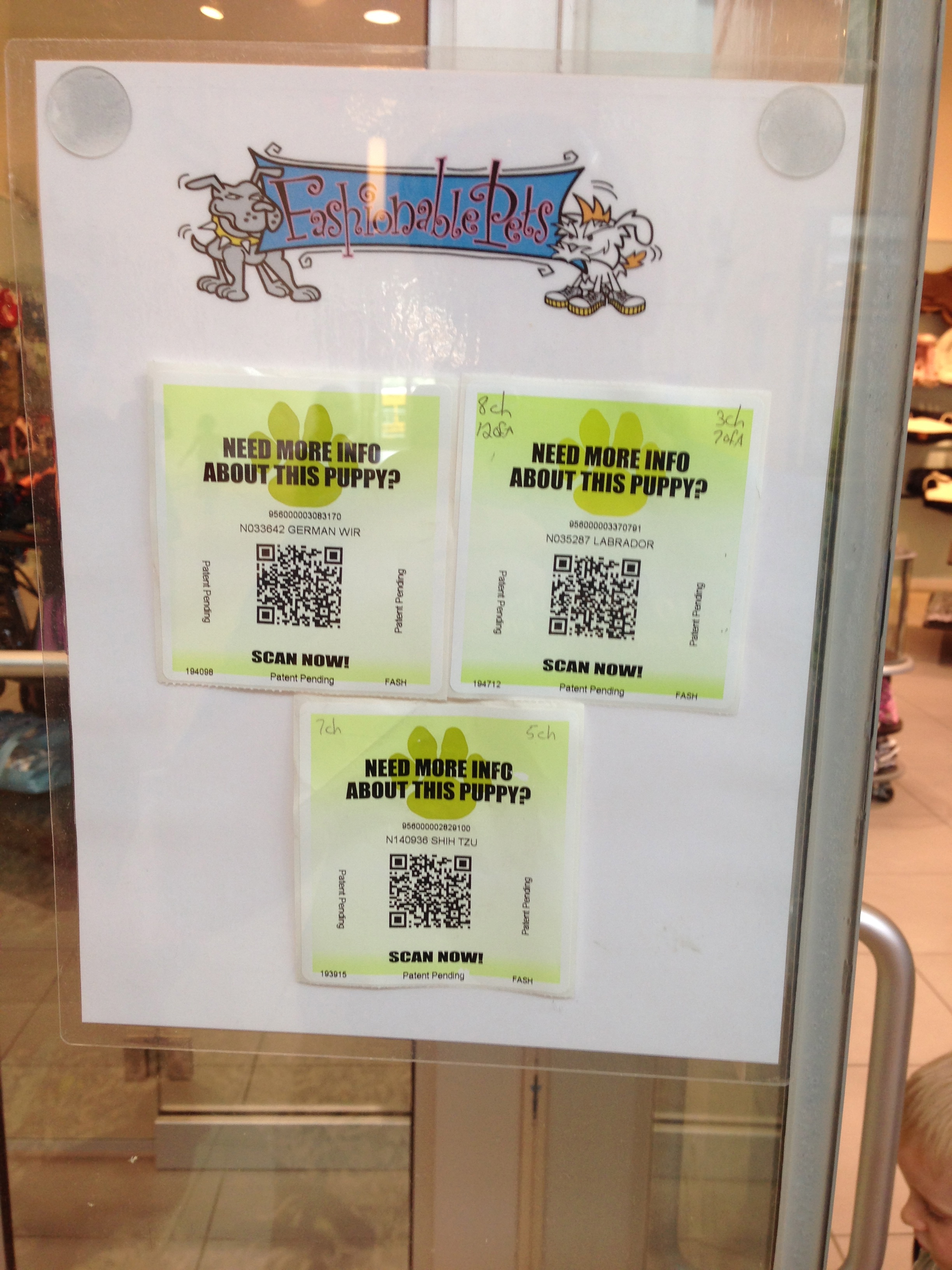 Later in the Summer I was on my annual pilgrimage to South Carolina to buy fireworks (the good kind) for the 4th of July. The fireworks store has monitors up in all the aisles which play videos of each of the fireworks in that aisle going off. This allows us wannabe pyros to see the effects of the firework to know if we want to purchase it.

The problem is you have to wait for several minutes to see the firework you are interested in demonstrated on the video. But this store created QR Codes for each of their fireworks which was posted next to their price on the shelf. When you scanned the QR Code it took you to Youtube where you could see the video for that firework on your cellphone.

Then you could decide whether you wanted to purchase “Hillbilly Armor” for your party. Which you do because it rocks, just like Hillbilly Armor should.

Lastly, I think it was the third Alien movie where Sigourney Weaver’s character debuted a barcode tattoo on the back of her neck. And there have been several interesting uses of Barcode tattoos in the past including: 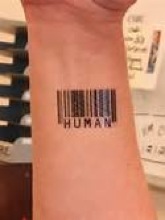 But are people brave enough to attempt a QR Code Tattoo? If so what would you connect it to? After all making a small error in the wrong spot would make the entire tattoo a failure. But check this out … this is what happens when it goes well:

In fact there was even a tattoo shop that used a QR Code to search for new artists. The published a QR Code with no description which needed to be filled in exactly to work. When any would be artist completed the QR code and scanned it, they found the real ad asking them to apply as a Tattoo artist. Pretty cool.

What other neat uses of QR Codes have you found? Have you seen a Credit Union or Bank using them for a interesting application? It’s beginning to look like retailers have found the right way to use them to share information with consumers and I think we will definitely see more of them.